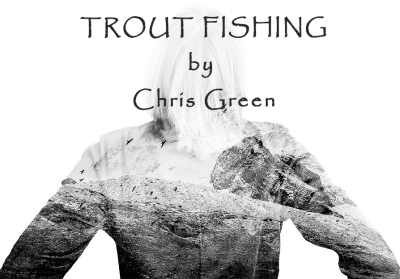 ‘Sunsets on Mars are blue,’ says the man’s voice coming from behind her. It is too loud for her to ignore.

Suzy turns around to see a stranger in a badly creased seersucker suit has sat down at the next table. He is alone. Is he talking to her or talking to himself, she wonders? Perhaps he is practising lines for a play. The Apollo is just down the road and he has that theatrical air about him. Dishevelled hair. Lined face. Goatee beard. Wild eyes. Probably best to ignore him. But, what an odd thing to say, out of the blue!

‘Iguanas have three eyes,’ he says. He definitely seems to be addressing her. He is staring right at her. Intently. Might he be coming on to her? If he is, she doesn’t think much of his chat up lines. Or his style. He is looking her up and down, leeringly. She had thought this morning when she got up that wearing her red dress might lift her spirits. She had been feeling a bit low. With Lev gone, everything seemed to be getting on top of her. But in hindsight, perhaps the dress was a mistake. It makes her stand out too much at this time of the morning. Luigi’s Café is not a dressing up kind of place. Supermarket shoppers mainly. And it seems, the odd weirdo.

She looks around for a waitress to ask for the bill for her Profiterole and Macchiato but they have all temporarily disappeared. She takes out her phone and pretends to make a call hoping this will deter the stranger. It doesn’t.

He’s just plain creepy, she concludes. Looney Tunes. A basket-case. She should leave. There is still no sign of a waitress and the other customers all appear to be engaged in conversations. She pushes a ten-pound note under her plate, gathers up her bags and makes a hasty exit.

On the street, she is relieved to discover the creep has not followed her. Just the other day, her friend Yvonne told her she had had a stalker. This had all started off with someone leering at her in Starbucks when she was on her own. He began to follow her everywhere and she had to bring in the police.

Suzy is about to get into her Ssangyong when her phone rings. She does not recognise the number. She decides to answer it, anyway. Kurt, her eldest was talking about getting a new phone.

‘Bluetooth was named after King Harald Bluetooth who united Denmark and Norway in the tenth century,’ says the now familiar voice. Bluetooth? Is this how the creep from the café has obtained her number? A bit tecky but how else would he know it?

‘I understand you feel intimidated,’ Holly at the hairdressers says. ‘But really, all you have to do is steer clear of Luigi’s and not answer the phone.’

‘It’s not as if he knows where you live, is it?’ Holly says.

‘I hope not,’ Suzy says. ‘It’s not something you could find out from a mobile phone number, is it, Hol?’

‘No. He was just some geek trying to be clever,’ Holly says. ‘You get them all the time.’

‘I guess you’re right,’ Suzy says. ‘He was talking nonsense.’

It is Friday night. Kurt and Axel are out with their mates taking drugs or two-timing their girlfriends or whatever teenage lads get up to these days. Either way, they are likely to be out all night. Suzy is alone in the house. At times like this, she wishes Lev had not gone off like he did. It has been nearly a month now but she cannot get used to being alone. At the time, she felt she wanted him out of her life but now she is not so sure. She is all over the place. It only takes the slightest thing to upset her. Perhaps they should have given it another try. Her friends keep telling her she should move on but in the meantime, she is finding it can be very lonely, especially as all of them are in relationships. She decides there’s nothing really for it but to mix a gin and tonic and see what’s on TV. On a Friday night! How sad is that!

She sips her drink and presses the on-button on the remote. Without warning, his face fills the screen. This is impossible. Yet, there’s no mistaking him. The dishevelled mop of hair. The goatee beard. The Keith Richards creases that line his face. The intense stare. This is the creepy man from the café. In high definition and larger than life on her 56 inch TV. How can this be happening?

‘A tarantula can live without food for more than two years,’ he says. To add to her disorientation and distress, the freak is coming out with more surreal rubbish too. What kind of game is this? What can it all mean? What does he want?

She tries changing channels but to her horror, he is still there staring straight into the camera and, by extension, directly at her.

He is even addressing her by name now.

‘She tries random buttons. He stays on the screen, leering menacingly at her.

‘There are too many black holes to count,’ he sneers.

Panicked, Suzy pulls out the plug. He is gone. She pours herself another drink. No tonic this time.

Andy Mann, the aerial installation technician who used to work with Lev assures her what she is describing is impossible. But as she seems distraught and he happens to be in the area, he says he will call around and take a look.

‘Take me through it,’ he says. ‘Show me exactly what you did.’

Suzy is a little reluctant, in fact, she is bricking it as she plugs the TV back in. She stands back and presses the button on the remote. BBC1 comes on as you would normally expect. The One Show. She changes the channel over and over. Each number brings up the correct station showing its normal Friday night fare.

Suzy does not know what to feel, vulnerable, confused, relieved, embarrassed.

‘Now that you’re here, Andy, why don’t you stop for a drink?’ she says.

‘Thank you for staying over, Andy,’ Suzy says. ‘That was good of you.’

‘The least I could do,’ Andy says.

‘And you’re sure Amy won’t have wondered where you were.’

‘No. Amy’s visiting her mother. Anyway, I could always say my van broke down or something. It’s worked before.’

‘The main thing is, do you feel better? You were in a bit of a state when I arrived.’

‘I do, Andy. Much better. Perhaps you could make me feel …… better again before you go.’

‘What about Kurt and Axel? Won’t they be back soon?’

‘You must be joking. It’s Saturday. Wherever they’ve been or wherever they are now, they won’t be up this early.’

‘You’re having trouble with this one, aren’t you, Phil,’ Patti says.

‘It’s ground to a halt the last couple of days,’ I say. ‘And I don’t know where to take it. The Philip C. Dark brand relies upon shock and surprise and this one has run out of steam.’

‘You could introduce a talking cat,’ Patti says. ‘That would move the story forward.’

‘Funnily enough, I was thinking of a talking cat,’ I say. They are always a good stand-by. I could call it Dave. Dave’s a good name for a cat, don’t you think?’

Dave has been out all night. His people have left him and gone away on holiday. The lad who is supposed to be letting him and out and feeding him his pouches of Gourmet chunks has not been since Friday afternoon. Young people are so unreliable at weekends. Not the best of nights to be out either as it has been pouring with rain and he has had to sleep in a leaky old shed. It is now light and thankfully the rain has stopped. Dave sees an opportunity of some warmth and who knows, perhaps even a tasty breakfast from the lady at number 42, the one whose husband has left her. Nice smells are coming from her kitchen.

Suzy is unnerved by the scratching sound at the door. Not being accustomed to talking cats, she is freaked out when the ginger and white tom asks her if he can come in and snuggle up by the radiator to get warm.

‘I’m quite partial to bacon too if you have a spare rasher or two,’ Dave says. ‘And perhaps a sausage.’

Perhaps, in the wake of her recent experiences, she is becoming de-sensitised to strangeness. Rather than slip once more into panic mode, she finds herself quietly amused by the idea of a chatty moggy.

‘I’ve not seen you around here before,’ she says. ‘What’s your name?’

‘I’m Dave,’ Dave says. ‘Would you like to talk about magic carpets?’

‘I thought magic carpets would make a change,’ Dave says. ‘All my people want to talk about are cabbages and kings.’

‘Or if you prefer we could talk about Red Sails in the Sunset,’ Dave says. ‘Do you know that song? I could sing it for you.’

There are thirty nine recorded versions of Red Sails in the Sunset. Did you know that? My favourite is Fats Domino’s’ Have you got that one or did Lev take it with him when he left?’

‘Perhaps we should stick with magic carpets.’

‘Or we could try Belgian Surrealists.’

‘Magic carpets would be better.’

‘OK. As you probably know, magic carpets originate in the area from Egypt to Iraq known as the Fertile Crescent, which of course is also where domestic cats come from.’

‘Not going well with the talking cat, is it?’ Patti says.

‘Would you like to read my Richard Brautigan book?’ Patti says. ‘Trout Fishing in America. I think it might help.’

‘Not completely, no,’ Patti says. ‘It’s a series of sketches of a strange yet strikingly familiar world.’