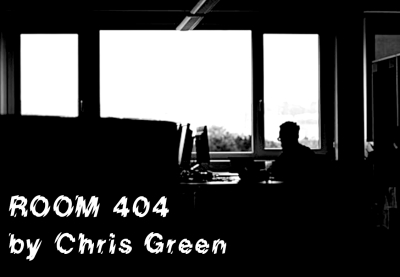 I wasn’t supposed to see the information. Room 404 was strictly off-limits. I shouldn’t have been in there, let alone be logged on to the server. Everything on the Level 4 Server was Top Secret. No-one at my pay grade was allowed access to Classified documents. Maybe there was an oversight in staff rotas but security on the base appeared to be remarkably lax that day. My access to the room was somehow tied up with confusion over the fire drill. There was uncertainty about whether Level 4 was scheduled to be evacuated. At the last moment, it seems someone may have decided it was on the schedule. I’m not even sure how I came to be on Level 4. I must have absent-mindedly got out of the lift on the wrong floor. I found myself alone, with access to Room 404. I couldn’t resist taking a peek inside.

I quickly read the document on the screen and was found I was able to open others. The IT department appeared to have messed up because information of this sensitivity would normally have been encrypted and password protected. Yet here was the information on the screen in front of me. In English. In 12 point Times New Roman. I even had time to copy the files to a flash drive that I had inadvertently taken to work that day. The drive, which was the one I was using to store some mp3s on, had inexplicably escaped the scanners at the gate. It was an impulsive move to copy the files and certainly risky. But by the time the Fire Marshal came around to check that Level 4 had been cleared, I was long gone.

I speculated that perhaps only a handful of people would know what was being planned here. Ж, Ђ, a few senior people in GCHQ perhaps, a Minister or two and some Heads of State. But, once you have seen something you cannot un-see it. Having stumbled on the information in this way though, what could I do with it? It would be foolhardy to think I could put something like this into the public domain. You only had to look at what had happened to other whistle-blowers who over the years had spilled the beans on sensitive issues, all of which would be considered far less sensitive than this. What I had been reading was shocking, heinous, apocalyptic. It would be suicidal to share it. There would be an immediate witch-hunt and it would not take long to discover where the leak had come from. I would be on camera in Room 404. There was nothing I could do about that.

The question was, would it only come to light if they realised there had been a security breach or would they be alerted to my action, anyway? Hopefully, there would be no reason for anyone to check the cameras so long as no-one was aware that anything was wrong. But would they not investigate the mix-up over the fire drill? I agonised about this for the rest of the day. No-one came to apprehend me. But did this mean I was in the clear? Whether or not this was the case, the burden of knowing about the plan and not being able to tell felt like it would be a heavy one.

When I got home, I found Sara in a buoyant mood. She had had the day off and was playing her Billy Joel CD.

‘So-so,’ I said, hoping that I didn’t seem too out of sorts.

‘Sounds good,’ I said, although I had no idea what linguine was. Or samphire.

‘I’m really looking forward to our holiday in Italy,’ she said. ‘It’s not long now, you know. I’ve ordered some new sun-dresses. I’m having them specially made from those fabrics we saw. Suki says they will take about two or three weeks but that’s plenty of time. Would you like to have a look?’

How could I tell her that the dresses might not arrive or that we might not be going to Italy? I muttered something non-committal.

‘And later I might show you the new underwear I’ve bought,’ she said. ‘That is if you are interested.’

As it wasn’t all about to go down just yet, I felt I should oblige. Making love to my beautiful wife could only help my fragile state of mind.

That night, while Sara was dreaming of sunnier climes, I lay awake wondering if the knock would come. Would burly men in dark coats bundle me into the back of an unmarked van and take me to a dank cellar for interrogation? While reason suggested that interrogators would need to be in on the secret and in themselves might present a security risk, it did not stop the dark thoughts from coming. They would be instructed to extract a confession. By any means necessary. I tried to recall what waterboarding was. They could of course just take me out and have done with it. Given what was in the pipeline, it wasn’t as if there would be any consideration for propriety. Unless they thought I had already passed the flash drive on or stored the information in cyberspace. Once they had got rid of me, this would be more difficult to establish.

I tried to take stock. If it had come to light at all that I had been in Room 404 and copied the files, that was it. There was no doubt I was in grave danger. But this may not have come to anyone’s notice. My prospects rested on whether anyone had taken a look at the security footage. In light of this, I realised I needed to do something with the drive. There was no sense in just destroying it. They would not believe that I had. Then there would be the waterboarding. There was no sense in wiping the drive. They would just assume I had copied it beforehand, which of course I would have been a fool not to have. Just in case.

Perhaps it was best to give it twenty-four hours to allow me to fully consider the options. To see where I stood at the end of the day. It was a tough decision but having weighed up the pros and cons, I decided to go in to work. At what point should I tell Sara, I wondered as I edged the Qashqai through the morning traffic? How much did she need to know? Who else should I tell and when? Might it be possible to trickle out the information little by little without being found out? Not that there was a great deal of detail. It would be all or nothing.

I had skim-read the documents in the night. They were marked Draft and did not yet have the Top Secret watermark on. There were large gaps on some of the pages. This suggested there was some way to go in the planning. But while they were short on specifics, the intention was clear and the project aim was chilling. Hundreds of millions of people worldwide were to be wiped out through contamination of food and water supplies. It was to be a synchronised operation with the bare minimum of administrators briefed at the last minute on a need to know basis. It would be over quickly. To avoid a major revolt, it was expedient to conduct the preparation in complete secrecy. Genocide was hardly the kind of thing you could be open about. Many had accepted that some adjustment to numbers was needed. The planet could not support seven billion people. But no-one had yet been willing to act on it. Reduction of numbers required subterfuge, treachery and callous indifference.

I said hello to Dmitri, Lorenzo and Ruth and nervously settled at my desk. Everything seemed to be as I had left it. There were no notes lurking there and my laptop booted up as normal. My phone rang. I looked at it for several seconds hoping this would somehow stop it ringing. Finally, I answered it. It was Phil Dark from Level 3.

‘Is that Robert?’ he whispered.

‘Sure,’ I said, looking around to make sure none of my colleagues was listening. ‘Go ahead.’

I was surprised to hear from Phil as over the years, I had had very little to do with him. He kept himself to himself at work and so did I. Also, he had long hair and dressed like someone on his way to Glastonbury. I did not want to draw attention to a drugs conviction I had from years ago. I had not declared this on my job application.

‘I don’t know if you are aware that I am a bit of a writer in my spare time,’ he said. ‘Speculative fiction, mostly.’

I had vaguely heard of Phillip C. Dark, the science fiction writer. I think perhaps my friend Zoot had read something of his. But I had never made the connection with this fellow. I asked Phil about it

‘Yes, I am,’ he said. ‘Look, Robert! This is a bit delicate. But please bear with me. Why I’m calling is that yesterday I was changing a couple of bits and bobs in one of the chapters of my stories at my workstation. Yes, I know I shouldn’t use office computers for private matters. Anyway, in the middle of this, we had the fire drill. In my haste, I accidentally saved a draft of my files to the Level 4 server. I only realised what I’d done once I was outside the building. I managed to delete it all later and I was hoping no-one had found out. But while it was quiet early this morning, I was able to check the CCTV footage for Level 4 and you came up on camera in Room 404. It looked as if you might have been reading the draft of my story. If you did, I just wanted you to realise what it was. A story. That’s all.’

‘No worries!’ I said. ‘I figured it must have been something like that. I mean, come on! No-one is going to go around killing billions of innocent people, are they?’