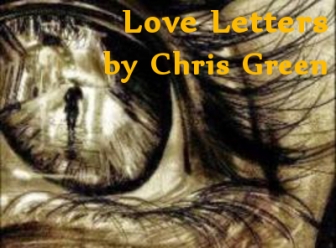 Living on what estate agents term a centrally located estate, I get dozens of flyers pushed through my door. As I have no interest in moving house, have all the double-glazing and kitchen ﬁttings the house requires, and I do not eat pizza these are swiftly dispatched to the recycling bin. I already have an extension to the back of the house, have taken up competitive insurance quotes, and I always use the same supermarket. My bin ﬁlls up quickly.

I came home from the studio one Wednesday and, lying on my carpet along with a timeshare in Albania promotion and a catalogue for the Big Red DIY Superstore, a flyer caught my eye. It commanded attention by its very difference. It seemed to be written in a foreign language. Or no language at all. There were too many vowels, or not enough vowels, and a number of unfamiliar characters. There were no pictures of pizzas or photos of fitted kitchens. There were no pictures at all, and no logos. just large blocks of unintelligible 24 point and 12 point text in a sans serif font that I did not recognise, on a single A5 sheet of plain yellow 120 gsm glossy paper. There was not even a phone number or a web address.

A few years ago I lived in Spain for a while, so the idea of seeing flyers in a foreign language was not in itself alien to me. In Spain you get flyers thrust into your hand all day long. And when you go away for a few days you can hardly open the door when you get back for the accumulation of advertising material. But this one was certainly not in Spanish, or even Swedish or Dutch. It was something much stranger. Try this for example: Xayyqxqqy Uogfaaq itpaaxq. A little hard to pronounce, isn’t it? Or what about yyq 67″67″67″Uq?

My eldest daughter has a degree in modern languages. She is fluent in eight languages including Swedish, Russian and Arabic. She works as a linguist at the secret government base and she lives with her partner nearby. As I had arranged to visit her that evening I took the flyer along to show her. She could not identify the language, adding weight to my suspicions that it might not be a language at all. ‘There’s no real pattern to it,’ she said, ‘and there are less than a dozen graphemes.’ ‘Letters of the alphabet,’ she added seeing that I looked puzzled.

I decided to try to forget the matter, putting it down to a careless typist or a schizophrenic copywriter. In the big scheme of things, surely this was minor. It was not as if it was a death threat. In passing, I did however mention it to a couple of the neighbours in a low-key kind of way. It turned out that while they shared my sentiments about the amount of unsolicited mail on the estate, they had not received similar flyers.

‘I expect it’s because you had a LibDem sticker in your window at the local elections,’ said Mr Dickens. He was joking, I think.

‘Something to do with asylum seekers, I expect,’ said Mrs Trollope.

Perhaps then it was just someone having a lark at my expense.

The following Sunday I was driving along the dual carriageway, past the building site for the new casino, when I saw the billboard. Large blocks of unintelligible text on a plain yellow background. Xayyqx qqy Uoﬁaaq itpaaxq yyqefefeyuq. No pictures to give any idea what it might be advertising. I almost crashed the car into a grey four by four that had stopped, suddenly I felt, at the new traffic lights. I gave the matter some thought as I drove in to town. Maybe it was a clever promotional campaign and all would become clear as the weeks went by. These campaigns start off by introducing a new concept, or a forthcoming ﬁlm or TV show, or even a new TV channel, with a cryptic advert to grab your interest and gradually reveal what is being promoted and then build up the volume of advertising to saturation level. But, unlike the flyer, the billboard was there for everyone to see.

This should have made it seem less sinister. For some reason it didn’t. I don’t know if you’ve ever had a phonecall in a foreign language, but it is a very strange experience if you do not know the language. Even so, you will have heard it spoken at some juncture, maybe on the TV news or somewhere, and can recognise that it is a language. Well, apart from Welsh maybe. This particular phonecall, the Wednesday after the flyer had arrived, sounded as if the caller was speaking in tongues. His intonation would have made even guttural Arabic seem lyrical.

It was difficult to speculate as to what he was saying. The pitch of his voice fluctuated between a deep baritone and falsetto. He seemed quite worked up about something. I waited for a suitable gap in the diatribe and explained in English that I did not understand.

I put the phone down. I dialled 1471, but predictably the caller had not left his number.

I have The Independent delivered every morning. Recently I had opted for the tabloid version as I found I could read it on the settee with my breakfast. Bronte Newsagents had in the past had recruitment problems, but the latest paper-boy (roller blades, red spiked hair, headphones, and attitude) usually managed to deliver the paper by 7.30. I was happy with the arrangement as it meant I would have a few minutes to peruse it before I set off for work. Imagine my shock, when on the Friday after the phonecall, I arrived back from walking the dog to ﬁnd that the newspaper waiting for me was not only in the new format but entirely set out in the new language. There were no pictures, the newspaper comprised of headlines and columns set out in variations of the same few renegade characters.

I phoned the newsagents. Mrs Bronte answered the phone.

‘Hello’ I said. ‘Its Mr Kite from John Lennon Drive. Was there a problem with The Independent this morning?

‘I’m not sure,’ I said, not knowing how much I should give away.

‘Dizzee should have delivered it by now; he left at about quarter to seven. Mind you he does seem a bit distant some mornings. I’m sure he’ll be with you shortly.’

I decided to go for it. ‘No it’s not that,’ I said. ‘Mine looks a little different this morning.’

‘That’ll be the new tabloid format,’ said Mrs Bronte. ‘You did say that you would prefer a smaller paper.’

‘But it’s gibberish,’ I blurted out.

‘Well you could have The Daily Mail instead,’ said Mrs Bronte. ‘Could you hold on a minute, I’ve got a shop full of people and Charlotte has just gone to Budgens to get some change.’

On the way to work, I noticed that the billboard along the dual carriageway had been replaced by one advertising a new Channel 4 series on surveillance. THEY CAN SEE YOU RIGHT NOW, read the caption, alongside a picture of a spy satellite. It struck me as either apt or ironic that it was positioned so close to the secret government base. I almost crashed the car into a grey people carrier that had stopped, suddenly I felt, at the new trafﬁc lights.

Having spoken to colleagues at work about the earlier episodes, to great ridicule about my paranoia, especially my fellow graphic designer, George Eliot, I decided not to mention The Independent. I booted up the Mac, made myself a cup of jasmine and valerian tea, opened up Adobe Illustrator and called up my work from the previous day. The project I was working on was the artwork to a volume of short stories by a new writer. The working title for the collection was Jimi Hendrix’s Kite and Other Stories. I had been commissioned to design the cover and dust jacket. The writer’s name was Leif Velasquez, at least that was his pen name. I had emailed him to suggest that he change this, as it did not sit well on the page.

I had read a couple of the stories and had attempted to reflect their theme, which was one of conundrum and confusion. I had also tried to reflect their lack of resolution. The stories were enigmatic, what you might describe as open texts, which meant that the reader could put his own interpretation on to them. In my illustration, I had a candy apple red Fender Stratocaster guitar morphing into a rainbow coloured kite. I had set this against an alien sky with three-dimensional floral star shapes covered in luminous blossom floating by. I had stamped on this a ghostly black and white face at 40 per cent transparency, eyes staring straight ahead as into a void. I had placed the title a little away from the top left in caps. And by Leif Velasquez just below it in lower case. I had not made a firm decision on the font, although I was using Optima in 20 and I8 point. I could not concentrate. I found myself staring at the display. You Have New Mail, flashed on the screen, along with a few bars from Love Letters, which someone had programmed in to accompany new email messages.

I opened the mail. It was a reply from Leif Velasquez. It read: ‘Yes, go ahead and use my real name, Christopher Green,or you might want to shorten it to Chris if it will sit better.’

I made the changes, and was just mustering up the enthusiasm to print off a copy on the LaserJet, when Love Letters started up again.

I went to an interactive film once, or did I dream it. The idea was that people in the audience actually experienced what was happening on the screen. The narrative was a rambling one as is characteristic in experimental ﬁlm. It was very scary being enclosed in a small wicker globe like a lobster, spinning out of control in a vacuum. And being imprisoned in a small room with the walls closing in. There was an interval after about fifty minutes. I did not want to go in to the second half as I had been told that it became worse. But I overcame my fear and returned. I was not in all the scenes, but in one I was able to walk out from the screen and see the audience silhouetted against the light from the projector. I waved.

Hi I’m Chris. I have written over 200 short stories, most of which you can view at chrisgreenstories.com. I am also a keen photographer and you can see examples of my work at chrisgreenphotographs.com I live in Watchet, Somerset, United Kingdom. I write short stories and like to choose unusual subjects and viewpoints that are a little off centre. I hope you enjoy these quirky tales of modern life. Web address is chrisgreenstories.com Please also take a look at a selection of my photos at chrisgreenphotographs.com All written and photographic content on these pages is copyright Chris Green 2014 to 2017: All rights reserved View all posts by Chris Green